Justify this! A review of "Mistakes were Made (but not by me)" 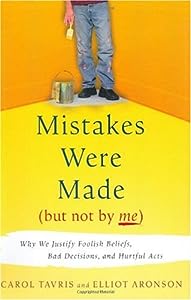 Other books mentioned in this review I have reviewed on here and I highly recommend: