The line between candour and sensationalism: a review of "Tiger, Tiger: A Memoir" 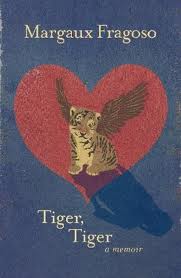