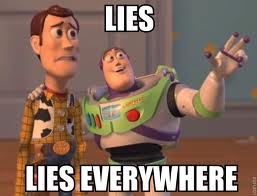 "A lie is the beginning of a new story. That's why we love Art." - Oscar Wilde

I have come to loathe the expression "Where there is smoke, there is fire" or, at least, its hasty usage. The assumption is that you are actually looking at smoke. It disregards the human capacity for lying. Given the right motivation - such as jealousy, old scores, prejudice, financial gains or political expedience - the human mind can pretty much come up with lies that don't have a single grain of truth. However, which cliché does seem to sadly prove true more often than not is that "mud sticks". This reminds me of an Ray Galton and Alan Simpson radio script called "Scandal Magazine". Gutter press editor Sid James explains to a vexed Tony Hancock, who he has scandalized in his magazine, why he cannot win. Even if Hancock wins the case and is exonerated the general public will think he has inside influence. The sheer publicity of the case - win or lose - will drive James's sales up. If Hancock chooses not to sue the persecution in the magazine will continue and the readers will assume the story is true.

Having witnessed the birth of blatant and unfounded lies, as well as seeing historical research that disproves certain myths to have absolutely no grounds in reality, I am careful about making assumptions. In the case of the former I have to look little further than my own personal experience in showbusiness. Whatever area you choose to pursue, from pantomime to opera, from professional wrestling to straight acting, you are entering into a world of performance and the portrayal of fantasy. Add to this the sheer competitiveness of the work and it is little surprising that this industry provides such a backstabbing world. Acting is one of the most regularly out of work professions and true success in whatever aspect of showbusiness you wish to pursue is comparable to a tournament. As a result, the advice of Benico Del Toro's character, Rex, in the dark movie satire "Swimming with Sharks" are very apt:

"This in not a business, this is show business. This is the business of show. Punching below the belt is not only all right, it is rewarded"

I have seen lies woven in a speech like a malicious stream of consciousness. All the accuser needs is intent in order to deliver a damaging tale. No other source is required. Again, looking at the development of fiction do we really always need a factual source? Many great works stem from dreams or obscure tangents. Indeed, I am often among the many who are disappointed when I discover a song I thought had such a profound meaning has its origin in little more than an instance of mental flatulence.

As for historical lies, like contemporary ones, it often seems more credible to pervert or exaggerate the truth than to come up with something fresh. However, if certain prejudices are already in place the accuser need not pool from anything an individual might have done, all they have to do is work from perceptions people already have about this sort of person - be it their gender, race, age or culture. Erzebet Bathory has come to be known as "The Blood Countess" and one of Bram Stoker's original historical sources for his fictional Count Dracula, along with Prince Vlad III of Walachia. She and accomplices were accused of torturing and murdering 80 adolescent girls, although a later register indicates there could have been as many as 650. The extent of Bathory's crimes is a topic for another article, but the story of her bathing in the blood of virgins is very unlikely. The first time any reference is made to her doing this is in 1762, centuries after her death.

I am reminded by the story of Othello that shows us a lie's roots can often be found in the malicious motivations of a jealous accuser than in any factual basis for the lie. Returning to showbusiness and I offer a counter metaphor to our smoke/fire cliché: Where there appears to be fire there could well be a dry ice machine. 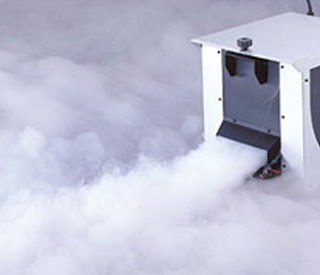