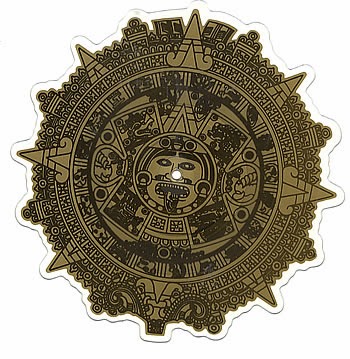 A large open field that needed cutting, regular cups of sweet tea, a scythe, a pair of shears, an old radio cassette player and the best company in the world provided the backdrop for my favourite song. I was born in July during Britain’s hottest summer since records began and, for that reason, I was brought up feeling a sense of belonging to the days when the sun shone brightest. I find it easy to see why the sun has constantly evoked a sense of spiritual awe in our species. Hundreds of thousands of years on and science, if anything, has humbled humans even more to the sun. We discovered that, contrary to what we had thought for so long, our planet revolves around the sun, making it the centre of a solar system where we live on one of several planets. Furthermore, it is the most significant source of our world’s energy, making it an all-powerful life-giver contained in a single sphere of omnipotence. Within our own intuitive sense of being the sun seems to symbolize a reliable constant. There is sureness in the sun rise and the sun set, and this is part of the idea taken by one of my all-time favourite songs, “Always the Sun” by The Stranglers.


I don’t have a single favourite song, but if I was made to tick a conventional checklist then this one would score higher than most. Different songs accompany different moods and emotions, and how much we like them is often connected to the way they make us feel. I cannot say I have the biggest selection of positive or happy songs. Even ironic happy songs quickly parody themselves. Many quickly become sources for irritation and yet more immediately betray their insincerity. Due to the sense of well-being sunny days provide, we let way too many songs released in the summer get away with crimes we would slaughter those we associate with other seasons. The overwhelming majority of these songs are upbeat if not in lyrical content then certainly in the jingly radio-friendly way they worm into our ears. I love different songs for different reasons and most of the reasons aren’t because they make me “happy”. However, the consensus seems to be that songs that evoke good memories, provide a sense of comfort and have the bonus of being technically good make it to the top of an individual’s list. At least whenever I listen to Desert Island Disks that appears to be criteria. Favourite songs remind people of happy times and somehow get them through hard times. “Always the Sun” scores on those fronts for me.

I first fell in love with the song in the summer of 1993, some seven years since its release. The 1990s certainly provided me a bounty of great songs and bands, but it was also a time when I discovered the ‘70s. My interest in Nirvana was first drawn by the anarchy symbol displayed by the cheerleaders in the “Smells Like Teen Spirit” music video. This, of course, came from me learning about punk rock. I recorded two nights of documentaries and films on punk rock out of pure curiosity. I became hooked. I wanted to sample as many different bands from this era as possible and quickly became a fan of the Sex Pistols, The Clash and Stiff Little Fingers. Having the benefit of coming to the genre two decades on, I was able to see how the various bands had progressed. I eventually arrived at The Stranglers, who Johnny Rotten had famously called “shorthaired hippies”, and I bought their greatest hits album. The Stranglers have never been my favourite band. They aren’t even my favourite punk band. This isn’t to say I didn’t like most of their tracks. The band certainly had a knack for creating memorable tunes, which more than one successful band have been accused of stealing, and their experimenting in different styles paid off on most occasions. They were also a good live band. However, I don’t find myself feeling the urge to pull out many songs from their hit list beyond obvious choices like “No More Heroes” and “Golden Brown”. However, “Always the Sun” was a different matter.

The late summer of 1993 saw the large field across the road from my mother’s house become overgrown fast. The various weeds that overran the field had become almost waist high, which was unusual given the animals that usually occupied the area. My uncle, who was a landscape gardener, and I decided to tackle this burgeoning jungle. He was armed with the scythe, which seemed to symbolize a senior position, whilst I had had a pair of shears. My uncle was not a blood relative. He joined my grandparents’ travelling circus when he fell in love and married my aunt. He had an amazing booming aristocratic-sounding voice that that could clear a pathway amongst a crowd of punters in a pub and loved to “have a bloody good laugh”.


He also revealed to me he loved The Stranglers, so I brought my cassette tape along as we embarked on our mission. Those days felt like the last days of summer and “Always the Sun” provided the perfect anthem. There were plenty to go with the sadness, angst, anger, joy and dreaming of that year, but none transcended the moment like that particular song. All the typical teenage issues were coursing through me as I looked towards an uncertain future. These thoughts, worries and dreams were all expressed in the conversations I had in that field whilst regularly punctuating them jokes and listening to my uncle’s own reminisces. The nature of my parents’ work had made them very busy. My father was very ambitious, having little time for me as I grew up. My uncle was like a father to me in many ways and very different my dad. I inherited my father’s ambition and the frustrations of both sides of my family to achieve new heights in my chosen areas of interest. My uncle provided a vital outside perspective. He had no sense of ambition. He had perfected the art of contentment. He was also an eternal optimist and moulded his reality in a way I could never manage. He loved cars and gone through a veritable range of high performance and luxury models when he had been wealthy. In these latter years and since his finances had dwindled, he retained his passion for cars and no matter what he bought he celebrated it as if it was the best thing he had ever owned.

“Always the Sun” is at times dreamy and even wistful. It has a cynical edge running through each verse and good measure of sarcasm that honours the punk heritage of its writers. However, when the music builds with Jet Black’s distinctive drum beats to the song’s chorus we delivered a defiant line that could be taken as either humbling or comforting – just like the sun. The whole greatest hits album might as well have been the anthem to our slaying those triffid-like weeds as we progressed across that field with the sun on our backs and laughter not far from our conversation. However, “Always the Sun” would always take me back to those days.

It was the summer of 2007 when I finally got that song on a CD. I bought it especially for my uncle. I played it to him one last time that year, a few months before he passed away. He said in an uncharacteristic resignation to fate that echoed the sentiment of the verses, “I don’t think I will be seeing many more of them” referring to the sun. A couple of days later and I drove my mother down to her house. We stopped just before it and looked towards the field. “Do you think there is anything after we go?” she asked me. “I don’t know”, I replied looking at the sun beginning to set. “All I know is that I have memories and as much they change they will always appear constant and that is enough of an afterlife for me”. My uncle lives through the expressions and tones he used that I picked up over the years, and also in a remembrance to appreciate the present. I knew that the sun would die one day, but as far as our mortal lifespan was concerned it might as well be ever-lasting. The way that light hit the field and illuminated the old Cotswold wall was enough spirituality for me. As far as celestial accompaniment is concerned, give me that little battered old cassette playing The Strangler’s best effort at a summer