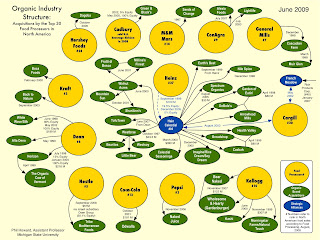 Making my way over to my hotel’s breakfast bar I was immediately struck by the many odd-shaped fruits that greeted me. Their roughness and complete lack of uniformity seemed at total odds with the plush surroundings of the hotel. I couldn’t help but be amused by how things had changed. Only a few years previously, such hotels would have been disgusted at the thought of displaying such unaesthetically pleasing fruit. Now, food of this description is proudly eaten by the elite. Inverted snobbery has never been better represented than through shabby chic and its total insincerity has never better been exemplified than through the organic food industry. The term “organic” has now seeped deeply into our society becoming a by-word for more ethical and healthier food production and consumption. However, the only awareness being shown by the corporations and retailers who use this label is an understanding of people can be hoodwinked into paying more for snake oil.

As I have mentioned in a previous article, the organic food movement has its basis in the eccentric Victorian health culture and food faddism promoted by the philosopher/esotericist, Rudolf Steiner, and the playwright/publishing magnate J. I. Rodale. Although one of its pioneers was the botanist and agricultural advisor, Albert Howard, the movement arose more from spiritual and philosophical motivations than the agricultural farming industry or the world of mainstream science.
The motivations and ideas surrounding organic food are largely based on something the mainstream scientific community calls “chemo-phobia” – the irrational fear of chemicals - and often pegged on a logical fallacy argument known as the appeal to nature – the view that if something is natural it is inherently better and whatever is synthetic is inherently bad. The irrationality of the chemical argument falls apart when we realise that virtually everything is a chemical, including water. Water is present in a huge number of poisons and substances that are lethal if consumed by human beings. Even without being combined with other substances water can be toxic and its over-consumption has killed people. A rational argument over the toxicity of a product is not determined by whether or not it contains a chemical, but its dosage. This is regardless of whether it the chemical is organic or synthetic. The appeal to nature argument can be exploded by the undeniable fact that we are surrounded by naturally occurring poisons. Bacteria, plants and fungi all produce substances that you wouldn’t want on your food whereas the development of various synthetic substances has directly contributed to the lengthening of the developed world’s life expectancy. 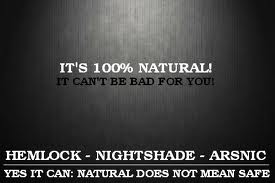 Contrary to popular belief, organic farming has produced little evidence to show it is better for the environment or better for the non-consumer than conventional methods. Organic farming’s stance against GMOs is representative of the political dogma stretching through its philosophy. This means that they won’t use crops that have been genetically engineered even if that means using plants that would drastically decrease their use of pesticides, fungicides and herbicides. This flags up another issue often not known by those who eat organic produce: organic farming does use pesticides. However, their types of pesticides are ones that are derived from natural sources and then are either processed lightly or not at all. Due to organic pesticides often being less efficient than synthetic ones an organic farm will use more of them to have an impact. That means more toxins leeching into the surrounding waterways and causing more potential harm. The other issue is that organic farming requires far more land mass to yield crops than conventional farming. The end result is a product that hasn’t proven to be any safer or nutritious than its non-organic counterpart.
This isn’t to say that conventional methods cannot be improved or that there is nothing good between organic farming methods and conventional methods. We need more sustainable farming and the use of GMOs in conjunction with certain organic farming technique to reduce the use of pesticides, herbicides and fungicides would definitely be good for the environment.

The organic movement puts forward an ethical quality type of reasoning. They argue it is more expensive to produce products that use methods that are less harmful to the environment and healthier for the consumer. The retail and marketing world are no strangers to the concept of perceived value. One has only to look at the first chapter to Robert B. Cialadini’s “Influence: Science and Practice” to see the extent that sales can be increased by raising the price of certain products. The same companies that produce and sell products that don’t bear the organic label have little trouble pushing this pricier and more fashionable alternative, so most organic consumers are mistaken if they think they are “sticking it to the man” (see image). If a company did have serious concerns regarding the impact on the environment their products might be causing they might first consider dropping all their so-called “non-organic” products. However, what would be better would be for the company to do some impartial scientific research into the matter. 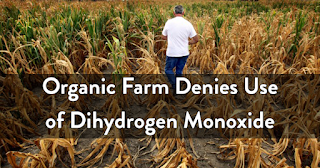 No Health Benefits from Organic Food (Science Based Medicine)