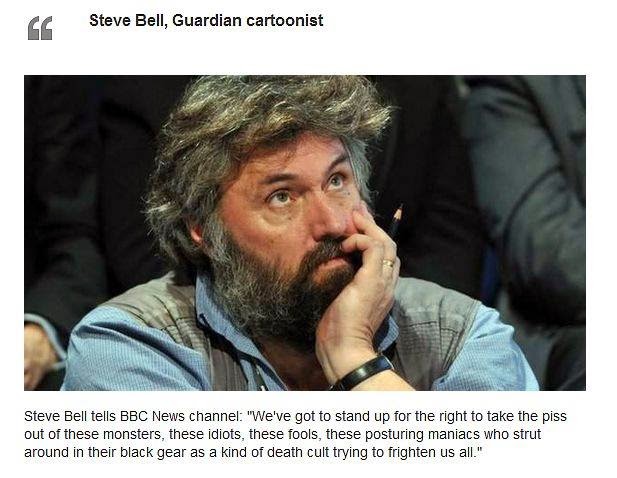 I plead a strong degree ignorance in writing this piece. My knowledge of French satire or even French journalism is paltry, to say the least. My knowledge of French cartoons is probably largely made up of "Asterix" books and my French satire is all out of date. So, I can only write in my vague and unofficial capactity as a supporter of freedom of speech, an observer or irrational thinking, a lover of humanity, a fan of satire and especially cartoons, a humanist, a secularist and an enemy of injustice. Nevertheless, all of these roles demand that I say something. The events of 7th January 2015 that saw 12 individuals (the editor of the newspaper, eight other employees, including two cartoonists, and two police officers) shot dead plus an additional 11 wounded at the offices of the satirical newspaper, Charlie Hebdo, in Paris, by Islamic extremists in response to the newspaper's regular publication of cartoons depicting the Prophet Muhammad prompted me to think about a lot things.

I think it is fair to say that there is universal revulsion and horror at the nature of these attacks. Today I saw a tweet with a link to an article on the crimes of the Nigerian Islamic extremist group known as Boko Haram. The tweeter made the valid point about perspective. The deaths of over 2,000 people are attributed to this group, as well as even more woundings and numerous kidnappings. The group attacks fairly indiscriminately and I agree that all efforts should be made to end their activities. The tweeter posted the link to give us all some perspective. I don't feel we need to diminish or mitigate what happened on 7th January. I have friends and relatives that live all over the world and some of them live in very hostile areas, where murder and violence is an all-too-regular occurrence. I have also trained with and been privileged to teach individuals that worked in places that would stretch anyone's perception of a living nightmare. We don't really need perspective on what happened at the Charlie Hebdo offices. It is right, understandable, defensible and correct that we are shocked and that the French and their nearest neighbours observe a day of mourning for the dead. It is human nature to feel more grief for those closest to them than those far away. If we are going to have some perspective, these events occurred on French soil. The horrendous crimes in Nigeria are occurring in what is described as a "warzone". This does not reduce or make the loss of human life there any less terrible. I wish to make that abundantly clear. However, and I appreciate this might sound grim, it is expected. The thought that a crime of this magnitude can occur in a place like Paris throws a lot of assumptions in the air and leads us to question a lot of things. Likewise, you would be right to be more shocked by a massacre occurring in Scotsdale, Arizona than you would be by one occurring in Atlanta, Georgia. This is why the world was justifiably horrified by 2011 attacks in the normally very peaceful country of Norway. 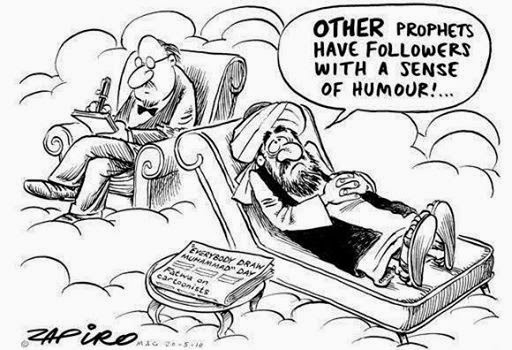 My other concern is the way that violent crimes, such as these, get reported. This is a concern that runs across all journalism. There is no sense of collective responsibility in journalism. We know crimes committed like this have more than a single motivation and one of these motivations is exposure. I am always disgusted with the sensationalist fashion paper run these reports. It doesn't matter that they are condemning the perpetrators, the people who commit these atrocities are fully aware they will get this type of condemnation. By all means publish the cartoons or ones like them. Express sadness for the victims of the crime and celebrate their lives. Certainly discuss the nature of the crimes so that we might look towards better preventative measures in all areas. However, demonizing the attackers is just playing into their hands. Putting huge photos of individuals being shot on the front covers of newspapers shows no sensitivity or sympathy to the families of these individuals. We spend way too long debating art and fictional violence in the form films and video games, but seem to have little issue in projecting images of real violence before the eyes of our children. Killers like those who committed these crimes are not demons or beasts or monsters. These terms elevate them to mythical levels. They separate them from the rest of the human race, which might be comforting to many who don't like the reality that they share the same species definition as these people, but it serves little good in dealing with the problem. Such sensationalizing emboldens the extremists and glory hunters in these circles. Such loud condemnation helps justify their crimes in their eyes as the infidel screams out in response. 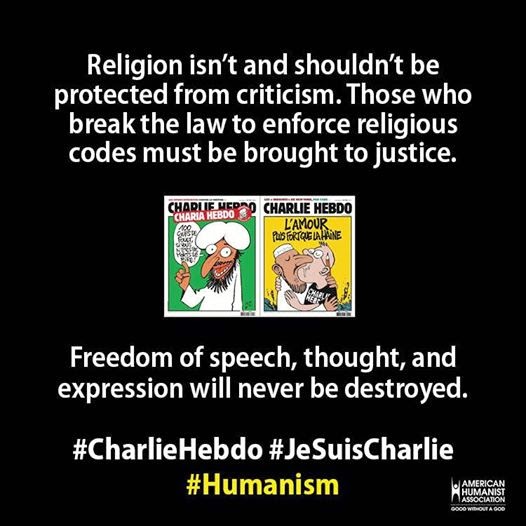 I am against censorship, including self-censorship, as rule, and I am certainly in favour of freedom of information. However, this journalistic war where one tabloid will publish photographs of interpersonal violence in order not to be outdone by its rival is a sad state of affairs. Photographs should be freely accessible and in the public domain, but not readily promoted. A collective responsibility by journalists could lead to a playing down of the stance held by zealous, murdering idiots. The same goes for other types of political or recreational murderers, rapists and paedophiles. They've all stepped off the bottom rung of the social order and should be treated as such.

The events of 7th January have further prompted more fears regarding the tightening of security in the UK and other countries. Last year I witnessed an all round stepping up of response units to terrorism. It impacts at every level. More public spending has gone into arming more police officers. This generation faces a lifetime of dealing with terrorism of some sort another on our home ground. However, we face paradoxes and unconsidered consequences. Less civil freedoms in order to fight those who would take all our freedom? The liberalism of the UK alone has allowed the growth of the conservative Muslims in Europe. These are not easy issues to tackle and I despair every time I hear simplistic solutions to them.

To finish my ramble, the Charlie Hebdo Massacre was a truly barbaric, cowardly and pathetic demonstration of what a human beings are capable of doing to other human beings by the moral standards of most people. Barbaric because it was straightforward murder. Cowardly because the vast majority of the targets were unarmed and had no intention of engaging the gunmen in any form of physical warfare. Pathetic because, as sensible and decent Muslim scholars have said in response to the attack, the Qu'ran and the history of Muhammad shows stoic tolerance of  criticism and ridicule. If your personal interpretation of a belief system cannot stand criticism or satire it is an exceptionally weak ideal.