Sweeney Todd as we don't know him 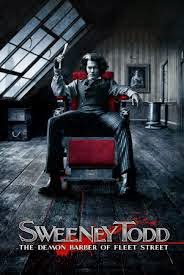 The penny dreadful, “Sweeney Todd”, original name “The String of Pearls: A Romance”, is one of those stories that everything thinks they know and very often mistaken. My edition of the complete collected parts was sold off the back of Tim Burton’s feature film adaptation of the musical, “Sweeney Todd: The Demon Barber of Fleet Street” and bears a cover design taken directly from the promotional pictures of the 2007 film. If readers were expecting a blood-soaked story, starring a vengeful anti-hero then they will be somewhat disappointed. The original story never once describes a throat being cut, although it is implied and threatened a lot. Even Todd’s murderous mechanical chair is only twice described in action. This is a text that is representative of its time and I urge interested readers to view it within that context.

The book contains the complete collected serial as well as an introduction written by Sweeney Todd expert, Robert L. Mack, and also annotated endnotes written in prose-form by the same writer. The authorship of the original story is still in question, but the strongest candidates for full or co-authorship are James Malcolm Rymer and Thomas Peckett Prest. Rymer and Prest are also both the strongest candidates for the other famous example of the penny dreadful form, “Varney the Vampire”, which finished its syndication around the same time as Sweeney Todd would be concluded.

For those who are not familiar with the term, a penny dreadful was a form of serialized British fiction that was popular in 19th century. Later comparisons might be found with the pulp fiction novels of the US and the Italian Giallo fiction or even the very short radio serials of the 20th century. The title comes from the fact that the parts of the story were sold at a penny and their content was usually sensationalist prose. “The String of Pearls: A Romance” was serialized from 1946 to 1947 at the height of the demand for penny dreadfuls and was published in Edward Lloyd’s “The People's Periodical and Family Library” magazine. Lloyd was in the thick of the penny dreadful craze and was notorious for his publication of Charles Dickens plagiarisms. I am grateful to the excellent annotations and introduction by Robert L. Mack who puts forward the idea that Lloyd may have had a lot of input into the actual text and this can be seen by its Dickensian elements.

A large portion of the story focuses on the plights of the poor who struggle to live in London. Both Todd and his accomplice, the meat-pie vendor, Mrs Lovatt, take advantage of the penniless and destitute, imprisoning them in their service as slaves. Lovatt’s servants are condemned to live a life in her basement, making meat pies. Their only payment is eating pies and their only way out of her shop is death. Tobias Ragg, the long-suffering assistant of Sweeney Todd, experiences both the tyranny of an employer who holds him with various terrible threats and also life inside a corrupt Georgian mental institution.

Whilst reading the story I was drawn to reflect on various different ideas. The structure of the entire story read as a novel is odd to say the least. The story meanders off in various different directions, resulting in nothing that has an overall bearing on the whole story. Therefore, as a novel, which is what this edition is marketed as such, the book fails. Snobbery to one side, there is certainly truth in the assumption that the shilling serialized novels started by Charles Dickens’s “The Pickwick Papers” in 1836 had a higher level of literary merit to Lloyd’s penny dreadfuls. The more expensive serials that proceeded and succeeded “The String of Pearls” in the 19th century tend to come together as thought out stories that work as a cohesive whole. It is little surprising that the work does not stand firmly alongside other famous examples of Gothic literature and it would be wrong to have it included in a “classic horror” collection.

Nevertheless, the legend of Sweeney Todd has survived for almost two hundred years and we cannot base the entirety of this longevity on Stephen Sondheim’s 1979 musical any more than we can base the lasting allure of Gaston Laroux’s Gothic 1910 novel, “The Phantom of the Opera”, on Andrew Lloyd Webber’s 1986 musical. In fact, Todd’s pernicious grip on our imagination is arguably stronger in some ways compared to his other Gothic counterparts. Besides latter day desperate attempts to find links between Vlad Dracula of Walachia and Bram Stoker’s supernatural fiend, there is no cultural belief that “Dracula” was based on a true story. The same goes for the most famous creations of Laroux, Mary Shelley, Robert Louis Stevenson and the like. However, the spectre of Sweeney Todd permeates our consciousness perhaps even more so than Sherlock Holmes, who is occasionally mistaken for a real 19th century personality.

It is too easy to look back and tut-tut at the crudeness of such a story’s structure, but such wandering off is still part and parcel of popular drama series, especially when writers are attempting to flesh out various cast members. Even epic sagas, like “A Song of Ice and Fire” that seem to be showing just about everyone through the serialized mammoth novels and the massively popular and critically acclaimed television show, “Game of Thrones” how to work a long-running story in a dense, complex and yet never boring way, has incurred some criticism for making the odd sub-plot divergence that amounts to little. When we made it the rather disappointing conclusion of the popular serial killer series, “Dexter”, did all the minor relationship dramas involving various members of the supporting cast in different seasons really feel they were a part of how the whole story concluded?

So, I would argue that “The String of Pearls” should not be viewed as a novel. It lives as a series of instalments and should not be read in one or a small number of sittings but over a lengthier period of time, as it was intended. This will probably help bring out the genuine flavour the material. The reader should embrace the twisting diversions of adventure as part of its charm rather than as an annoying distraction or a cynical attempt to pad the whole serial out. The narrative foreshadows the sort of excited conversational style that became a hallmark of serial radio and television shows. Our narrator is constantly leading us and often casting judgement over certain characters, bemoaning the wretched, championing the brave and condemning the evil. It provides a 1840s perspective on the London in the previous century and with the benefit of hindsight we can see what direction popular opinion was headed. Georgian London is seen as an oppressive rat’s nest of tyrants that crush the penniless young and thinly veil the criminal masses that squabble over property. Bullying seems to be a part of nearly every institution; the workplace, the medical institutions and the home.

The characters are two-dimensional and fairly standard 19th century archetypes. Having said that, most the story’s heroism is delivered by a female lead part, Johanna Oakley, which is noteworthy. Oakley drives the story when she initially suspects that Sweeney Todd has something to do with the disappearance of Lieutenant Thornhill, who discover in the first episode has been disposed of by Todd. Thornhill had been charged with delivering a string of pearls to Oakley when it was thought that her beloved, Mark Ingestrie, has been lost at sea. Oakley is shown to be brave, tenacious, loyal and intelligent in her endeavours throughout the story. The story’s main antagonist is the distilled evil that audiences enjoyed long before writers took a more sympathetic turn with his character. It is a shame not to read him in the way that originally caught everyone’s attention. He portrayed as an exceptionally tall and spindly character with huge hands, and a massive mop of hair. His laugh is blood-curdling and he is incredibly strong. He is amoral to the very core, savagely cunning, driven by avarice and self-centred in the extreme.

This edition of the story is presented in a complete format. There were many later editions, following the original penny dreadful including several re-writes, which Robert L. Mack tells us are inferior works. The introduction, chronology and endnotes are all very detailed and entertaining. Mack provides less of a literary insight into the story and more an historical and cultural review.
“The String of Pearls” was, by no means, a totally original piece. Urban legends about dodgy meat pies were present in Dickens’s work and other serials prior to this one. Looking at the time-frame of when it was written makes for eerie thinking. The following century life somewhat imitated art when the Hanover serial killer, Fritz Haarman, would claim that part of the way he disposed of his victims was by selling their meat on the black market, much of which made its way into pies! “The String of Pearls” was written not 20 years after the mass killings of the Edinburgh murderers, Burke and Hare, and just under 40 years later Jack the Ripper would terrorize London. The story sits in the middle of a century that would spawn the nightmares of the succeeding century and beyond.