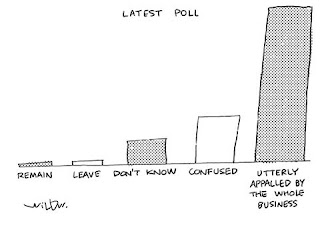 I don't need to be told about how important the upcoming EU Referendum is to the UK. I am not in need of scaremongering on either side and I appreciate the irony in me moaning yet adding to an already bloated social media newsfeed of opinion on the matter. Where my vote will land is well known to those who know me and I don't feel a desire to evangelise it on here, wasting both your and my precious time. However, as a writer, historian and burgeoning social commentator of sorts, I cannot help but take the wider view on this unfolding event. I don’t recall a single issue in my lifetime that has divided so many people right down the middle. In the era of slacktivism - where armies of keyboard warriors grow ever more enraged and less empathetic behind their monitors -  it metaphorically resembles an English civil war, separating not only political parties but even families and households. Please note that this article will not be using the horrid buzzword Brexit or its forced counterpart Bremain. I don't wish to encourage tribalism but tolerence over individual decisions on an undeniably important issue.

Debate is healthy and it is also an affirmation of individuality that two good friends can differ strongly on crucial opinions. A sign of maturity is the ability to isolate an issue of disagreement from all other topics and especially keep it quarantined from deeper feelings of friendship, kinship and mutual respect. Sadly, perhaps as a direct result of the “Yes” culture of positive thinking, such impassioned differences of opinion have resulted in individuals exhibiting extreme anger at one another. Such responses are usually reserved for when people feel personally betrayed. If you are feeling is akin to a personal sense of betrayal then you could probably do with growing up a bit. You are acting like a spoilt brat that wants their own way and becomes devastated when they realise that another human being’s non-compliance on a matter suggests that you may not be at the centre of the universe. It also reminds me of zealotry and I guess that is probably what instinctively repels me the most about extreme reactions to this issue. 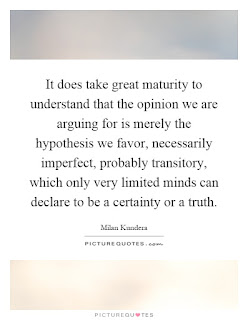 There are a multitude of different motivations that prompt people to take either side, which should be demonstrated by the fact that the UK’s two main political parties are also split on the issue. The party leaders may be in agreement to remain, but they both face a good portion of rebels within that are pro-leave. This reason alone should indicate that the issue is complicated. British people both embrace an island mentality, which was brilliantly manipulated by Winston Churchill at the right time, and also seeing themselvs as European.

Neither are accurate historical/cultural viewpoints. Despite being an actual island, the Englishness of Britian, which is really at the forefront of the nostalgic leave propaganda, stems from a culture that began with Germanic occupation. After the mass immigration/invasion of Anglo-Saxons, this country of England was later conquered by Normans, which then reshaped our culture again. Prior to the writings of Geoffrey Chaucer, the English language was the language of the peasant and French and Latin were the language of the literate. For centuries the English saw parts of France to be their property in the same way as they claimed Ireland, Scotland and Wales at different times. Throughout history Britain has sought, used and needed alliances with European countries. Likewise, attempts to Europeanise Britain have failed. Changing licensing laws in a hope that the British will stop binge-drinking and behave more like Western European alcohol consumers have failed to change British drinking culture. Britons don't feel a need to learn European languages as much as their neighbours do. As much as our culture might retain a type of exotic fetishism about foreign countries, our characteristic are of the black sheep of the European family.

This brings me to the type of person that never fails to annoy me on the issue of politics: The MCV (mindless compass voter). MCVs have their moral north set unwaveringly to right or left. Rather than considering individual issues with rationality they just swing towards primal political instincts. It overrides even their personal morality and fastens itself to single arguments as if they were cast in stone. 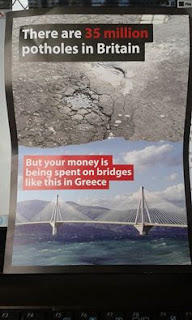 So we have some who talk about taking back control, but really just think that by not being a part of the EU they will be able to reduce the number of immigrants coming into their country. It’s a massive assumption not based on a lot of evidence and with certain precedents, such as Norway, indicating that this might not be as strong a decision as one might first think. Many pro-leavers looked to Norway as a model for a post-EU Britain, but the leader of its country’s own Eurosceptic Conservative Party has warned the UK that they suffer from not being a part of the EU and that includes having to take in far more immigrants per capita than the UK. The leave-voters often ignore how much the UK has been a part of the EU and helped shaped their various policies. A rather silly leaflet compares EU investment in a Greek bridge with the fact that we have to contend with the nuisance of potholes. I have never visited a single country inside or outside of the EU have not got a pothole problem of some sort. The leaflet ignores how much EU investment has gone into projects in the UK in the same manner as the offending Greek bridge. It’s a very poor argument. 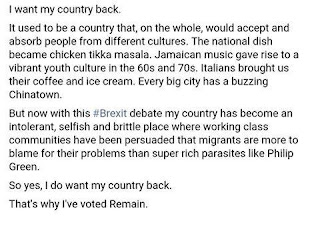 Then we have those on the remain side that just feel it is their duty to offer a contrary argument to what they wrongly perceive to be just plain old fashioned British bigotry. One meme being circulated feels a need to celebrate multiculturalism in Britain, waxing nostalgia to compete with rose-tinted pre-EU Britain, singing the praises of the British Chinese takeaway and the Anglo-Indian appeal of the Vindaloo. The article commits all the worst crimes of political correctness in its middle-class stereotyping, patronising immigrant Italians to coffee and ice cream sellers. Its blind spot on the wider issues regarding arguments on controlling immigration are evident. Many who wish to leave argue that by having more control they can allow fairer immigration from outside of Europe, including Asia, which makes the takeaway nostalgia appeal a redundant argument. It is unfounded nonsense to suggest that to vote to leave automatically makes you anti-immigration. I would say that the majority just want more independence from Brussels. 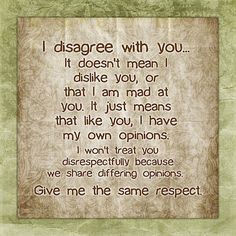 However, even with the MCV blinkers off one see why an individual of a political persuasion might feel uncomfortable voting against type. The behaviour of many on both sides of this argument has sickened me. Both have gone overboard with the scaremongering, which is a sure sign of zealotry, and the internet has been bloated with half-truths, wild speculations and outright lies. This is all mainly being peddled be individuals who have defaulted into election mode rather than sticking to the main issues at hand. It is sad to see intelligent and kind-hearted individuals allowing their emotions to take control and often throwing desperate off-the-cuff arguments at each other that they probably don’t really mean. This is another aspect that reminds me of family squabbles and feuds.

Indeed it is enough to inspire one not to vote at all or, at least, spoil their ballot paper out of protest. However, as it turns out, I have a strong informed opinion coupled with a personal interest in the issue and have enough respect for those who fought for the right to vote that I won’t allow the dregs of our society to put me off.

The Clash’s song, "Should  I Stay or Should I Go?" has become an anthem for this particular time. It's a great song from one the best bands in rock music history. Although it is a bit obvious and there has been at least one terrible cover on my local radio station with rewritten lyrics that I hope will be erased from my memory soon.

Their other single, “The English Civil War”, appears to be more apt. Joe Strummer wrote it as a cautionary song about uninformed political opinions on both sides. On one hand the rise of the far right was a clear concern and addressed by the fact that song was first sung live at a “Rock against Racism” concert. However, it was also a reaction to the governing left’s failure to deliver on its promises and the cover of the single is a still taken from John Halas’s animated adaptation of George Orwell’s political allegorical fable, Animal Farm. The picture shows the moment the rest of the animals realise that the pigs in the story, representing the Communist Party with promises of equality and unity, have become no better than the oppressive farmer they had overthrown. Our country is divided up on an issue that has personal meaning to a lot of people and a vote either way shouldn’t be a vote for an ideology. The most famous English Civil War divided two different factions of the same religion. The echoes of that division lasted for centuries and into our current lifetime when one considers the problems in Northern Ireland. We know that only through tolerence of each other could any sort of peace really be achieved. 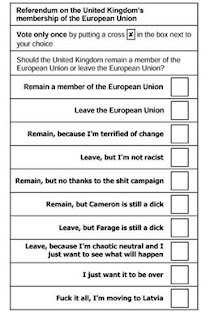