The Year the Music Died 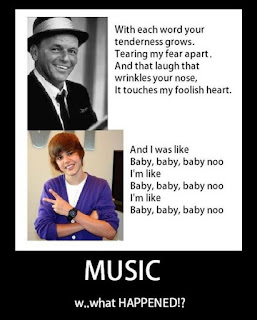 Within the space of 10 minutes my morning radio channel was haunted by two cover songs: Leonard Cohen’s “Hallelujah” and John Lennon’s “Imagine”.  Not before this I saw everyone go crazy on social media about Disturb's cover Simon and Garfunkle's The Sound of Silence. These classic songs are so well-known they are almost the equivalent of hymns in the history of popular music. They have been covered so many times that there are even lists of the top 60 (!) “best ever” versions of these songs.  I write this in 2016, the year saw the unexpected deaths of David Bowie and then Prince. Both these trailblazing musicians were undeniable critical and commercial auteurs. They achieved the elite distinction of being known for their creative integrity and yet could also reach a wide range of people.


I wrote that first paragraph back in May 2016. Little did I realise that so many other truly influential artists would follow suit during this year. Leonard Cohen must join both Bowie and Prince as a great loss from my all-time list of great recording artists/musicians. There have been others, which might not have been to my taste but nevertheless were hugely influential in their particular genre.
2016 was also the year that saw the great Muhammad Ali leave us as well as comedians such as Victoria Wood, Ronnie Corbett and Caroline Ahern. Maybe the reason for this is that these individuals belong to the Baby Boomer generation. In short, there was an awful lot people born between 1946 and 1964, and it is little surprising that we are now seeing so many of them die now.
A more specific and likely reason that it is occurring this year is that it is a coincidence. There is also another coincidence that makes the great artistic apocalypse of 2016 seem all that more poignant and ominous.  Going back to my earlier paragraph regarding the amount of unoriginal cover versions of songs that are appearing all of a sudden, I found a precursor to this nostalgic musical upsurge. Adam Pugsley, writing for the alternative music website Chart Attack in January 2016, noted that the previous year was the first time in recorded U.S. history that catalogue music (music that was released more than 18 months ago) had outsold new releases. 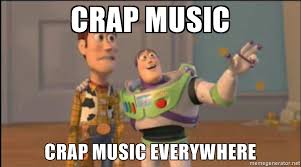 Before I go any further with this ramble let me indulge in a disclaimer of sorts. I begrudgingly accept an associate membership to that demographic cohort that has become known for its cynicism: the late Generation Xer. Whilst the confession and metaphorical self- flagellation is going good, I am further embracing the mantle of Grumpy Old Man. I do this because of the inevitable counter-argument of me bemoaning “the music of today”. This obvious retort posits that I am just repeating a familiar cycle of discontent that older generations feel for the current state of things. With the onset of becoming part an age group that is moving further away from where the majority of exciting new ideas and products are targeted, it is unsurprising that my generation will express several negative feelings starting with a sense of disconnection.

From the Bible to Marie Antoniette and plenty before and since something trite has been said about nothing being truly new.  I know I have quoted enough times in my martial arts essays! This is certainly the case when it comes to art in general despite the illusion of diversity and imagination. Every story or theme can be boiled down to one of a few simple formulas. Every style that has been done is regurgitated again. Delve too deeply into any genre you wish to dismantle and you will start to feel like a hypocrite because all art shares certain consistent qualities. Everyone copies to some degree. The influential critic then decides where on the scale the work falls from being inspired by to an outright plagiarism of some other work or works.

Furthermore, the old has always criticises the new. It is a trait that can be found in Ancient Rome when the up and coming Julius Caesar was ill-regarded in the Senate for the liberal way he fashioned his toga, seen as a sign of his radical thinking. Likewise, every new decade of music has been criticised by the previous generation. Jazz was the work of the devil. Frank Sinatra openly despised Elvis Presley as an artist. There are differing reports on the King’s opinion of The Beatles before and after he met them with Ringo Starr even saying that he believed Elvis had tried to have them banned when prior to touring the US. Even born-again Christian preacher Alice Cooper had a few choice things to publically say about his natural latter day successor, honouree satanic priest Marilyn Manson, long before the two teamed up on a tour together.  It’s also just as common to see the young criticise the old. Indeed many artistic movements are caricaturised as critiques of the movement that came before them. 1970s Punk Rock was generally perceived as the anathema or antidote to the rock music that preceded them. Punks were quick to set upon each other, often devouring their own influences. A vibrant alternative music movement thrived and grew throughout the 1980s and 1990s, providing a plethora of Heavy Metal, Gothic Rock, Post-Punk, Post-Industrial and Grunge acts on the rock scene alongside Alternative Hip Hop and the controversial Acid House and Rave dance scenes. All of this allowed for the continuing existence of a counterculture and several levels to an underground scene.

Many might argue that what allowed for these counter-culture genres and movements to flourish was the existence of an establishment. It is easy to wax romantic over the past. Taking the longer view this has happened throughout history with art, literature and music. However, it often leads to re-imaginings and exciting hybrids, which eventually results in a reaction creating another movement and so it goes on. Unfortunately there are periods of very little artistic output. Billy Connolly once reflected that Elvis “saved us all” with the release of Heartbreak Hotel, as the popular songs of the time were so whimsically infantile. However, such songs were the choice of mainstream audiences. Check out the charts of any era known for its great music idols and you will see that they were competing with a lot of utter dross. 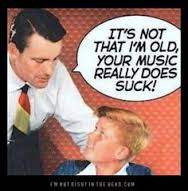 However, the music world is seemingly devoid of its rebels. It comes to something when back in around 2008/9 Neil Tennant, co-founder and lead vocalist of The Pet Shop Boys, tells a radio interview there is no longer an underground scene.  It also says something when the song chosen as protest vote against the predictable corporate business of having the winner of the X Factor TV show as the Christmas chart number one is Rage Against the Machine’s Killing in the Name.  This signature song is as identifiable with the band as Goldfinger is with Shirley Bassey, as Great Balls of Fire is with Jerry Lee Lewis, as Stairway to Heaven is to Led Zeppelin – you get the picture. It is also as identifiable with the generation that preceded the one voting in X Factor, American Idol and other corporate manufactured Christmas number ones as Nirvana’s Smells Like Teen Spirit. You guessed it, the entire campaign was driven by an older generation that appeared to be having the sort of power and influence not seen in popular fashion since before the age of Rock ‘n Roll began in the 1950s. Another comparison might be seen in the political world with the democratic success of Brexit. This was quite telling, as the vote to remain in the EU was mainly considered to be anti-conservative one and many have postulated that it was the Baby Boomers who led the charge in this instance, wishing for a return to a romanticised view of the 1950s.

As the internet allows human tribes and cults to engulf themselves into little pockets of confirmation bias, protecting them from the acid tests of life, where are the artists that can really upset our parents?  Looking at a list the most controversial music artists currently active you will see that they are dominated by those of the Baby Boomer and Generation X eras.  Eminem and Lady Gaga seem to have been the only two post-2000 musical artists to create the sort of stir that started with Jazz and ended with Manson. They are the epilogue. At present the likes of Kanye West, Justin Bieber and Miley Cyrus are the individuals who provoke the ire of the people. However, it tends to be the wrong type of ire. They are not readily embraced by the spirit of rebellion but rather disliked for their anti-intellectualism, arrogance and lack of creativity. Their music perceived as being firmly rooted in the Establishment. Not one of them could be considered to be a part of any sort of counterculture movement or alternative music scene. They have received condemnation from artists of previous generations, but this usually comes with the support of the kids.

The death of so many talented musicians in 2016 just feels like a morbid comment of what has been happening in the music world. However, with the prevalence of more cover songs, the growing popularity of more nostalgic radio channels and the simple fact that classic singles are now outselling new releases it would appear that although the older generation are predictably bleating on about how bad the new music is the kids are starting to agree with them.