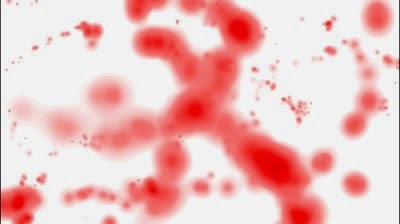 In time for Halloween I thought I would have a little look at the way horror cinema has changed the way we view certain horror icons. Despite there being undeniable original horror movie classics created through the dark genius of great filmmakers like Wes Craven, Dario Agento and Tobe Hooper, a good number of great films have their basis in literature. It’s a great source. Many early “talkies” resemble stage plays because that is exactly what they were. Often these stage plays were based on classic novels. To this day there is a strong relationship between the bestselling novelist and the movie producer. Many book franchises from Thomas Harris’s Hannibal Lector series to J.K. Rowling’s Harry Potter series to George R.R. Martin’s “A Song of Ice and Fire” saga have been written as their filmic adaptations have been in progress. It is often interesting to see how much the two mediums will still diverge in their depictions of characters and events, and how much the adaptation will have an influence over future instalments of the literary franchise. The moving image is overwhelmingly more powerful in conveying a concept than the written word, so if a filmmaker distorts something he can overwrite an entire mythology. Here are a few examples from the world of horror.

The Demon Barber of Fleet Street was created in a series of “penny dreadful” stories originally titled “The String of Pearls: A Romance” from 1846-1847. The author of this series, which has since been compiled into a novel and plagiarized several times, is as mysterious as the source of the story's inspiration. James Malcolm Rymer is a hot contender or the master penny dreadful publisher himself, Thomas Peckett Prest.  This protracted tale cast Todd as an irredeemable and unsympathetic murderer who kills in order to rob his victims and then sends their corpses to Mrs Lovett’s Pie Shop to be made into meat pies. He is described as hideous in appearance with a ridiculously large mop of hair that keeps various combs in and maybe even his scissors. He has oversized hand and feet, and a terrible laugh. Few, if any films or subsequent plays have visually depicted Todd as he is described in the anonymously written original serial. Thanks to Christopher Bond’s 1973 play, which became the basis for the 1979 musical, “Sweeney Todd: The Demon Barber of Fleet Street”, Todd became an anti-hero.
Another regular departure we have seen that contradicts the source material is Todd’s slitting of his victims’ throats as they lay back his barber chair. Todd then pulls a secret lever, which tips his hapless prey down a trapdoor into his cellar. In the original story, Todd pulled the lever first sending his ill-fated customer on his way to a crushed skull and/or broken neck. If they were still alive, Todd would slit their throats with his straight razor. This is where his “polish them off” catchphrase comes from and the whole process makes sense. If Todd had such a contraption installed why would he bother slitting their throats and causing an unnecessary mess in his shop? True, he could have easily justified the blood spatter by the nature of his job, which in the 19th century meant he was expected to do basic surgical work as well as cutting hair and shaving faces, but it still doesn’t seem as efficient as the original method. Nevertheless, the image of Sweeney Todd slitting the throat of a victim as they lie back in his murderously reclining chair is as much as hallmark of the mythology now and the contradictory “polish him off” phrase.
Vampires

Recently I put together a makeshift vampire costume for my daughter's Halloween themed birthday party. I wore various items of clichéd clothing that have come represent the stereotypical image we have of the vampire, mainly influenced by Dracula. The costume consisted of a black red lined cloak, elongated canine fangs, pale face make-up, bloody lipstick, a frilly Regency era shirt, a medallion, black trousers, black shoes and my hair greased back into its natural widow's peak. As I write this I reflect on how much of that costume has its origins in film.
Vampires have been through a lot of filters and their image has mutated all the way to the cinema screen. They arrived as seductive, neck-biting, blood-drinking and occasionally shape-shifting  aristocrats having been made that way by Dr John William Polidori, James Malcolm Rymer, Sheridan Le Fanu and, of course, Bram Stoker. Prior to this they had been disgusting bestial revenants of European folklore who often bit their victims in the chest and were more comparable to the ugly grave-feasting ghouls of middle-eastern mythology. However, despite these works of classic literature and a select few aspects of folklore being a rich source for 20th and 21st century depictions of vampires, film almost immediately made a huge impact on shaping vampires to today's most recognizable iconography.

Besides the non-supernatural femme fatal "vamp" of 1913's "The Vampire" and the 1921 delusional asylum inmate of "Dracula's Death", the first real vampire movie was F.W. Murnau's expressionist masterpiece, "Nosferatu", an unauthorized of Stoker's seminal work, "Dracula". Stoker's villain would remain the world's most famous vampire with depictions ranging wildly from the original text. Murnau's Orlock gave us a lanky bald-headed rodent looking image of a vampire who sported incisor fangs. A limited number of vampires have adopted this look. The Count Dracula of Werner Herzog's art house tribute movie of 1979, "Nosferatu the Vampire", is faithful to the original Count Orlock design. Producer Richard Kobritz directly referenced the look in his depiction of "The Master Vampire", Kurt Barlow, in the Tobe Hooper directed TV adaptation of Stephen King's "Salem's Lot". Barlow is referred to as "The Master" and it is interesting to note that the super-vampire of the "Buffy the Vampire" TV series is simply known as "The Master" and also resembles Marnau's Count Orlock. The reapers of the horror action movie, "Blade 2" also have a passing resemblance to this style of vampire. However, in the main this is not the prevailing view of the vampire. The biggest contribution"Nosferatu" has made to vampire lore is the idea that a vampire can be killed by sunlight. Orlock's disintegration as the sun streams through the window was so influential and has become such a staple of vampire mythology that many are surprised to discover that prior to Murnau's film, Vampires had little trouble with daylight. Even the Dracula of Stoker's original novel goes out in the day.

The iconic vampire cape, which is often used to reference and sometimes turn into the wings of a bat, possibly made its first appearance on the shoulders of Edmund Blake when he played Dracula in the 1924 Hamilton Deane play, "Dracula" in Derby, The play won acclaim later that year when it made it to London this time with Raymond Huntley taking on role and the cape. When it made it to Broadway in 1927, John L. Balderston revised Deane's script and Bela Lugosi famously stepped into the cape. He would reprise the role in Tod Browning's 1931 "talkie" and cement the image of a Hungarian accented tuxedo wearing, caped vampire with a medallion around his neck and sporting a widow's peak. The medallion's inclusion is still something of a mystery and it might have been Lugosi's personal contribution to the look. It remains a fixture, as seen in many a standard Halloween vampire costume. Famed Universal Studios make-up artist, Jack Pierce is responsible for giving both Lugosi and Carlos Villarias (who played Dracula in the Spanish version of Browning's film) widow's peaks, a signature of his quirky and unique designs for characters.

The peak reappeared along with Deane's cape Murnau's death by sunlight in Hammer Film's "Dracula" in 1958. The film reinforced several cinematic vampire myths and popularized the fanged canines as a fixture of the vampire icon. Curiously literature is not very specific in its descriptions of vampire teeth. We know they are sharp, large and white. Sheridan Le Fanu describes as resembling that of a fish in his novella, "Camilla". Orlock's fangs, as we have mentioned, were incisors. Lon Chaney Snr in 1927's "London After Midnight" might have used animal teeth as part of his fake vampire disguise, but these were rows of jagged teeth and not specifically the canines. It wasn't until the 1950s that film-makers decided to go with the mammalian aspect of the vampire, possibly the wolf or the bat, and have vampires sport elongated canines. However, it is worth mentioning that Christopher Lee may have popularized them, making them an key part of the popular image of the vampire, but it was a little known Turkish film, "Drakula Istanbulda" ("Dracula in Istanbul"), that first revealed the canine fangs. Atif Kaptan played the role of Dracula. Although the film is based on the novel, "Impaler Voivode" by the Turkish historian, poet and novelist, Ali Riza Seyfi. The novel is heavily based on Stoker's story to the point that is described as a translation of Stoker's work, but there are a few changes. Besides eliminating the Renfield character and turning the Mina character into a showgirl, the story makes a more explicit connection with the historical Dracula, Vlad Tepes (Vlad III). This would make it the first film to make this connection, pre-empting Francis Ford Coppola by almost half a century when the trend to connect Stoker's fictitious vampire and his vague medieval despotic inspiration has become a common staple of vampire mythology.