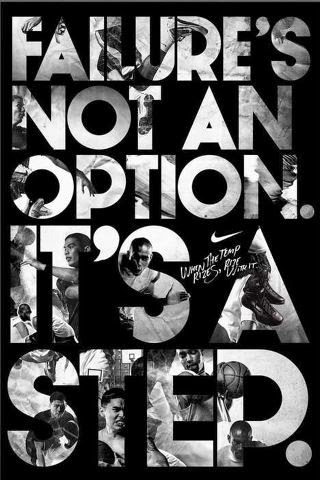 "Losing: it’s like winning, but with more experience."
- Anon
2013 Introduction
Below is an article I wrote back in 2007 long before I started making a deeper study into the nature of failure and mistakes. That particular journey moved me more into scepticism and critical thinking, as well as a willingness to embrace the benefits of accepting personal errors. Since writing this piece I read the brilliant "Mistakes were Made (but not by me)" by Carol Tavris and the equally entertaining "Being Wrong: Adventures in the Margins of Error" by Katherine Schulz.

I have never been a natural and have always had a passion for teaching. I think the disadvantages you face in not learning things easily enrich your ability to teach. It often amuses me when I hear people who put themselves over as great teachers and yet seem to have an inability to admit being flawed in anyway. They often won't even admit to making mistakes in the past. Such people seem to take on a religious view of their teaching ability, emulating some sort of Christ figure who is perfect in every way and revered by his discipiles as being the greatest of teachers. Personally I take the rather more mortal outlook that comes from works like Stephen Briers "Superpowers for Parents" and the aforementioned works by Tavris and Schulz that a teacher who shows they are faillible and even exhibits his mistakes and flaws is much more effective than those who easily gained skills or refuse to admit being wrong.

This is a review a wrote a while back and I thought it would be appropriate to share today, one day after the 54th anniversary of the premier of Alfred Hitchcock's "Psycho". Yes, I am late, but couldn't resist the opportunity.

"Psycho" must go down as one of the most important films of all time. It is memorable for many reasons, of big cinematic importance and hugely influential. Firstly, it is the most successful film Alfred Hitchcock made. Hitchcock is often justifiably regarded to be the greatest director of all time as well as the "master of suspense". "Psycho" is not only a great example of Hitchcock's artistic ability at his peak, but also a perfect demonstration of the art of suspense. It was also a great demonstration of his working relationship with his wife, the great editor, Alma Hitchcock. The use of music and voyeurism in film was never bettered by "Psycho", and many movies from art-house to the slasher horror have this film to thank. "Jaws", which also went onto becoming a massively influential film, uses a lot of what Hitchcock established by using the killer's point of view and allowing a tremendously atmospheric yet incredibly simplistic score to move the whole movie along. It took several decades before movies like "From Dusk Til Dawn" and the works of George R.R. Martin would understand the power of being ruthless with lead characters as well as showing amazing restraint with genre material. "Psycho" broke all the rules and established something brave yet artistically brilliant.

I wrote this article in about 2007. This was before my self-help bubble popped (see my Martial Arts Scepticism article, "The New Martial Arts Mystique" on that one)
Timothy Leary’s “Evolutionary Agents” is not a book you would immediately associate with Geoff Thompson’s Real Combat Method. I doubt even Leary - with his leftfield views - imagined that his lucid and controversial work would become set reading material for a class training to get certification in self-defence instruction. Yet there we all stood in a circle being questioned by Geoff Thompson, himself, about our thoughts on the work.

In truth the course was far more than a simple “hard skills” course for training how to deal with a violent situation. Most of the students who went on the course already had instructor level certification in one respected realistic combative form or another. My take on Geoff’s decision for making such books s Leary’s compulsory homework for all who attended the course was because they prompted an internal battle. This is what might be termed “Cerebral Self-Defence” or, as Geoff once put it, “Self-defence is defence against the self”.