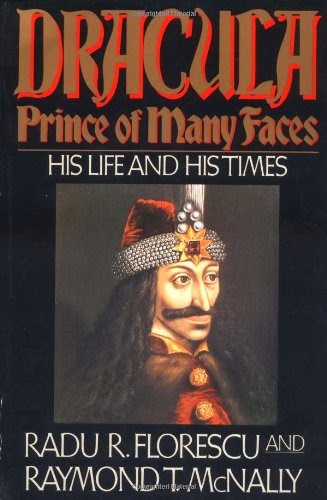 A Review of "Dracula: Prince of Many Faces"

Vlad III, Prince of Walachia, competes with many other historical monarchs in his position as an icon. However, his fame has more to do with a late Victorian supernatural monster that was given his patronym some 421 years after his death than anything he did during his lifetime. That isn't to say the life of Vlad the Impaler had not achieved notoriety prior to Stoker selecting his title, "Dracula", meaning Son of the Dragon, but it is a fair statement to say interest in this figure has increases every time a high profile adaptation of the 1897 novel is released.

I doubt the writers of "Dracula: Prince of Many Faces", Radu R. Florescu and Raymond T. McNally, would have been surprised to see that interest in Vlad would only increase after the publication of their fourth book on the subject in 1989. Their previous works included two on the historical Dracula and one on the fictional Bram Stoker creation. This book, although mainly focused on the life and times of Vlad III, bookends the biography comparing the two Draculas. Therefore, one might assume that the justification for the book is to comprehensively unite their studies and to provide a broad overview of the historical figure of Dracula. In this sense, it delivers what is says in the title and a quarter of a century on from this publication there doesn't seem to be anything in popular historical studies to touch this in terms of content.