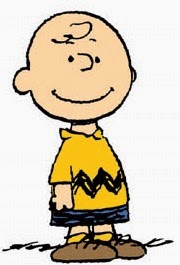 Charlie Brown, created by Charles Schultz, is the USA's most profound and simple antidote to the culture of competitiveness. Charlie Brown's genesis was as a single strip cartoon for Sunday newspapers. His creator continued producing these witty, simplistic yet thoughtful stories told completely from the point of view of children up until his death. Along the way these iconic little stories inspired numerous TV specials, series and feature films. This was the first feature film outing for him and the rest of the "Peanuts", and it stands up today, in a time of 3D and adult animation, as a wonderful comment on "every kid in every town".

The film focuses completely on the crux of Charlie Brown: his perpetual failing. From the very beginning Charlie Brown fails at everything whether it is being able to spot impressive images in clouds, baseball games, flying kites, floating boats in a bath or even playing noughts and crosses in the dirt. He can't even win an argument to have the dandelions removed from his baseball pitcher's mound. Matters are not made better when his best friend sister's psychiatric service decides the best way to treat him for his lack of self esteem is to project all his faults onto a screen via a slideshow! His best friend, Linus, decides that the only way for Charlie Brown to gain confidence is to win at something. Against the jeers of his fellow schoolmates he decides to enter the class spelling competition. However, success might offer more unforeseen problems that make his failures seem small by comparison...

"People can't live with change if there's not a changeless core inside them. The key to the ability to change is a changeless sense of who you are, what you are about and what you value."

In recent years I have found that I have come almost diametrically in opposition to the views I once held on a lot of self-help.  It is not good enough to simply apply positive thinking and sometimes it can be outright dangerous to do so. A lot of self-help is over-marketed snake oil mysticism tangled up with a type of smiley faced bullying and it has seeped into many aspects of our culture. Having said that, I am not one to completely dismiss everything that has been said by all these self-appointed gurus. When I first started reading into the gaping flaws of psychoanalysis it did not lead me to consign my copy of Viktor Frankl's "Man's Search for Meaning" to the bonfire. Rather I looked more into his personal philosophy and certain observations on human nature that I feel do stand up to scrutiny. I was less drawn into his logotherapy, but that is a topic for another day. Likewise, I found myself looking back over the work of Stephen R. Covey, a giant in the motivational field who is often listed alongside the likes of Tony Robbins (a regular target of all self-help critics), and I have to say a lot of what Covey has to say is still pretty sound stuff. 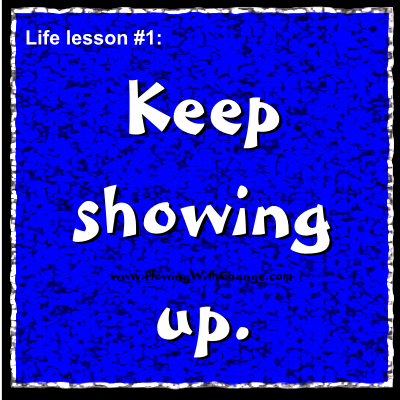 “If today was the day you were finally going to win, did you show up?”

The above quote was randomly selected on my email provider. It is an interesting mutation of a statement attributed to the comedian/actor/director Woody Allen in 1977 by his partner Susan Braudy, “80 per cent of life is turning up”. In 1989 Allen discussed this attribution, correcting to be something more specific:
Read more »
Posted by Philip Astley at 08:48