The Greatest Martial Arts Movie in the Galaxy?

Just prior to the release of what was supposed to be the final live action motion picture in the Star Wars franchise, the end of the third park of the prequel trilogy, "The Revenge of the Sith", I approached the martial arts magazine, "Martial Arts Illustrated" with an idea. In order to bolster sales for a magazine that had shown drastic decline in circulation I would write an shameless piece of self-indulgence linking Star Wars with martial arts. I like nothing better than linking two disparate passions and this was the perfect opportunity. I wrote regularly for the magazine at the time and would do for a further five years, so I was given the go ahead and I freely indulged.

I recently found my old article online on this site. The editor has done a very sound job in locating images to convey the obvious similarities between George Lucas's creations and the Asian martial arts, which I have reproduced here. In the wake of growing anticipation of the first third series of movies, I thought it was time I re-aired this piece. 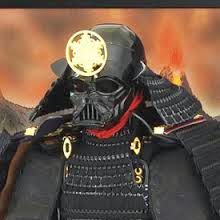 “The Only Thing That Is Constant Is Change -”

Today The Guardian newspaper reflected on the apparent death knell of the old Soho. The revocation of Madame Jojo's licence after playing host to audiences for 50 years seems to establish the end of an era.  The 20th century has seen the place be a hotbed of nefarious showbusiness activities, strip clubs and alternative entertainment. The alternative comedians that entertained me in my teens have Soho to thank for a lot their early employment. Similarly many of the truly diverse, influential and daring musical movements cut their teeth in this district. I do have some vague connections with this symbol of romantic sleeze in
Read more »
Posted by Philip Astley at 04:08

I grew up loving superheroes. The majority of my childhood was spent wanting to be a costumed defender of justice. American superheroes invaded my life since my visit to Florida in 1980. After that I consumed whatever comic-book I could get my hands on, eventually settling on a primary love of DC's Batman and Marvel's Spider-Man. Very mainstream, I know, but I guess that is just because both have a lot to say about the human condition. Nevertheless, there were other deviations and fascinations along the way. One muse I discovered when I was six years old came in the form of "The Leopard from Lime Street". The titular character was sometimes referred to as "Leopard Boy", probably due to his age, and occasionally as The Beast of Selbridge, which is probably a take on the Alien Big Cat urban myths that prevail around the English countryside. However, I mainly knew him as the Leopard Man. The character's origin was a blatant imitation of the Spider-Man story and some of his gadgetry, most notably his clawed leopard line, resembled items from Batman's utility belt arsenal, but he had many unique qualities too. So, a somewhat unbalanced merger of my two all-time favourite comic-book superheroes contained in the form of a relatable English school boy. Was it any wonder that it caught my imagination?