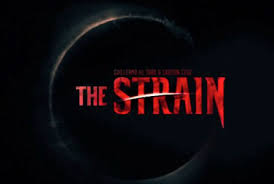 “The Strain”, it would appear, was a puzzling labour of love for director/writer Guillermo del Toro. In 2006 he put the idea for a vampire TV series to producers, but it wasn’t picked up. Not to be deterred, del Toro recruited Chuck Hogan, an author with a strong orientation towards screenplay writing, to write a trilogy of novels. I confess to not having read the novels or much into the background of The Strain prior to watching the TV series. I am currently watching the second season, neatly based on the second novel. The third season is out next year, which might only take in half the final part. Del Toro believes that two seasons would do the third novel the most justice, but he is also open to divergences for the benefit of a successful adaptation. One cannot help but read that as his hope to keep the franchise going as long as possible.