Far be it for me to sing the praises of normalcy. I would view my life and upbringing to be rather outside what mainstream public opinion would consider to be "usual". Take a look at my rather eclectic biography - born to an animal circus family, working in the wild animal film industry, martial arts/self-protection teacher, co-promoter of the UK's extreme pro wrestling promotion, professional performer, writer and so on - and you will see a rather eccentric back-story. My life is also full of paradoxes and contradictions. My tastes vary wildly and without any sense of pattern or rhythm, which is a bit like my attempt at dancing or conversation. I have never tried to belong to anything, but often seen movements to be temporary means to an end. Even "my people", the circus people, live very different lives to me and have done so since I was seven years old. My political ideas are also pretty varied too and I have long hated the left/right compass that many people build into their minds. It creates glaring cognitive blind-spots and strikes a very obvious comparison with fundamental religiosity. From the barely veiled bigotry and paranoia of UKIP to the cartoonish trendy Communism of Russell Brand, I think the individual should be wary. 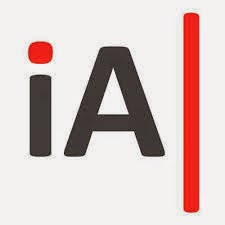 This is my new page on iAuthor. Please share with interested parties. I hope to be listing details on my future books and published material. Let's see if it is a fruitful association.

Jamie Clubb. See this and more books, apps and Themes on iAuthor

There were pigs in my daughter’s Nativity Play. She told me as much weeks ago, but I finally saw for myself last night. They are part of a cast of anthropomorphised animals that decide to stay awake to see the arrival of their presents. Santa Claus is not mentioned, but the surprise birth of Christ will occur that very night in the animals’ manger…. So, let’s get this straight. The animals, which include the only domesticated pink pigs in first century Judea, are excited about celebrating a Christmas that hasn’t been invented yet.  What I am describing is Caroline Hoile’s “Cockadoodle Christmas”, a musical created for three to seven year olds, containing eight original songs. With weird surreal convolutions and contradictions in the plot, it is a very apt representation of Church of England religious culture.