Plausible Sequel or Too Far Out to Sea - Broadchurch 2 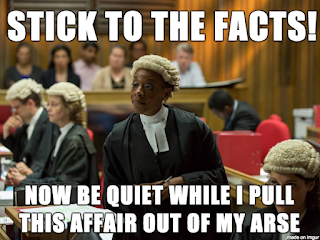 Plot:
Detective Inspector Alex Hardy (David Tennant) and his former partner ex-Detective Sergeant Ellie Miller (Oliva Coleman), now a uniformed Police Constable working traffic, are brought together again over the resulting trial of their previous investigation. Hardy is still troubled by his health and also finds himself drawn back into the murder case he failed to solve before his work in Broadchurch. Miller is wracked by personal guilt and the impact the case had on her family. Meanwhile the Lattimer family struggle to rebuild their family and will be put through new tortures as the court case proceeds…

Review:
I feel the urge of the completest to write this review above all else. I suppose that is quite apt given the way the strength of this series’ continuation is based on its audience demanding that certain loose threads be tied. Many critics and good number of viewers reflected that it might have been better if these threads had been left dangling. Given the focus on the mystery of the first season being so masterfully executed, it was inevitable that Season 2 was being lined up for a fall. The first episode, directed by the main director of Season 1, boded well with both the public and most of the media giving it a positive response. However, by the third episode in I heard the collective groans and read the annoyed social media statuses, with viewers expressing their disappointment. Looking at the sporadic ratings and the to and fro reviews over the eight episodes, it did look like the season was fighting a battle with viewers. After the season finale, which received its biggest rating after the premiere, one newspaper declared it to be another example of how good ideas get milked dry. I could see the journalist’s point, but I did not agree.

There is definitely a lot to be said about the way Computer Generated Imagery now dominates many fantasy and science fiction movies. It is as if my generations dreams were made a reality and swiftly became nightmares. I will explore the Era of the Geek at another point. Suffice to say that the below short article caught my attention, explaining that is not just a case of nostalgia why we are less impressed with today's blockbusters than those of yesteryear. My views on the matter?