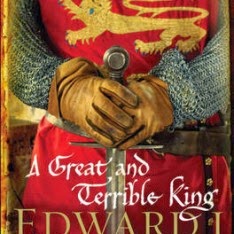 Edward I does not enjoy a good reputation in the minds of many historians and most of those who enjoyed the movie, “Braveheart”. It would appear that, unlike many other English kings, he doesn’t enjoy the benefit of a contextual view of his life and times. This might be encouraged by the patriotic and hugely selective view that has made William Wallace become a virtual saint in Scotland. Without putting too blunt an end on the matter, Edward was a winner in imperialistic times and those he beat were his next door neighbours, the Scots, the Welsh and the French. His victory meant oppression and subjection of his neighbours delivered in a way that befitted a conquering king of his time. That does not rest well with the sympathies of a modern English culture that champions temperance, freedom and peaceful negotiation. However, for his time, Edward was considered a great king by his English subjects and yet it was a reputation hard-earned.