Restrained Twist on the Cuckoo Thriller? 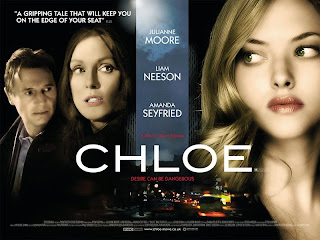 I guess I have been interested in the concept of cuckoo stories since I first studied Emily Bronte's only novel, "Wuthering Heights", for my English Literature A level many years ago. The novel's driven Byronic hero, Heathcliffe, was uncharacteristically attractive compared to many cuckoos in fiction. Typically they are malignant spirits that seek to usurp the order of a loving family and often use tactics such as deception, intrigue and accumulating violence. This eventually concludes with a siege-like situation with our sympathetic heroes fending off the antagonistic cuckoo in a life and death struggle. In these respects, "Chloe", the subject of the below review differs quite a lot from the norm...